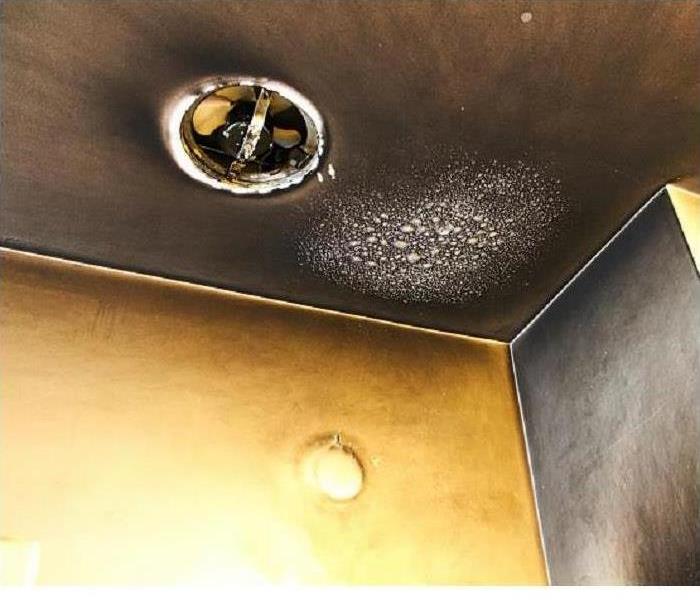 Soot and smoke damage require specialized cleaning agents. SERVPRO is equipped and trained to restore the fire damage in your home.

Condo fires present many challenges because flames from one unit quickly send plumes of smoke all over the property even if the blaze does not spread to the other units. In Kansas City, a fire in one of the Condo units left extensive residue damage and odor in several units on the same floor and the ones above, requiring extensive action to restore normal conditions.

The management had to find a solution to fix the fire damage and odor in the Kansas City condo without creating a great deal of inconvenience to the residents in different units. When our SERVPRO team arrived at the site, we prioritized actions that would limit additional damages. By boarding up the loss site, we managed to restrict the movement of people in and out of the affected areas, which would have spread debris further around the facility, increasing the space to deodorize.

Boarding up also helped assure residents in occupied units of their safety during the restoration period. Many of the exterior surfaces blackened by soot required extensive cleaning, including aggressive agitation and chemical action. Perhaps the biggest challenge would have been accessing these areas. However, our SERVPRO teams are trained in the use of elevated platforms when performing restoration tasks. We also supply our technicians with the ladders, scaffolding, and cherry pickers necessary for fulfilling the restoration tasks.

There is a tendency for soot and other smoke residues to adhere to colder, elevated areas such as ceilings and concealed areas. It was no different in this Kansas City Condo where our team had to open up walls to remove the top layers of insulation blackened by soot and clean residues from various surfaces.

After removing areas soiled by the fire, we had to perform various deodorization steps. These techniques include spraying or using ULV foggers to deliver water-based odor counteractants on contents and surfaces. We also thermal fogged to remove deeply penetrated odors from materials since the process recreates conditions almost similar to the smoke from the fire. Ventilating the area helped remove remnants of the fog and any suspended odor particles eliminating the odors from the fire, "Like it never even happened."

The effects of fire damage can have a long-term impact on a condo. Call SERVPRO of Kansas City Midtown at (816) 895-8890 to help perform restoration with minimal inconvenience.